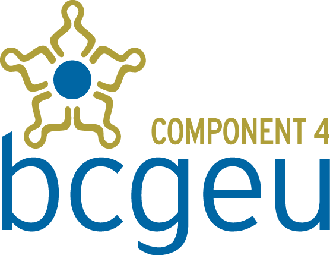 They provide nursing care, personal care, housekeeping, building maintenance, laundry, activities, dietary, security and rehabilitation services at institutional and long-term-care facilities, as well as medical lab and a variety of other services for other employers.

The B.C. Government and Service Employees’ Union (BCGEU) is speaking out against a fee increase to rental tenants seeking a dispute resolution through the Residential Tenancy Branch (RTB). The new fee took effect on Jan. 1. A renter filing a dispute resolution application with the RTB will now have to pay $100. That’s up from $50. An appeal review will now cost $50, up from $25. “British Col...
READ MORE

Notice to Bargain The BCGEU recently gave formal notice to the employer to commence the bargaining process, because the current collective agreement expires on March 31, 2016. Of course your collective agreement remains in full force and effect until a new agreement is negotiated and presented to you for a ratification vote. Elect your Bargaining Committee There are three (3) positions for t...
READ MORE

The results of the election for the following position on the Local 412 executive is: Member-at-Large - Amanjot Gill Our apologies to Sister Dancey as her name was misspelled on the December 22, 2015 FYI! Again we confirm that your local executive with the newly elected position is: Chairperson – Christine Fuller 1st Vice Chairperson – Tracy Garcia  2nd Vice Chairperson – Vacant  Tre...
READ MORE

The BCGEU will host a Celebration of Life for Sister Louise Hood at 6:30 pm on January 13, 2016, at the Lower Mainland Area Office (Suite #130 - 2920 Virtual Way, Vancouver). The gathering will be held in Auditorium A&B. Louise leaves a legacy of nearly 25 years of union activism, including in BCGEU’s Community Health component (Component 8). Read more here.  The LMAO is near the Renfre...
READ MORE