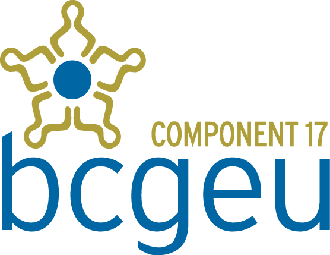 Nominations are now open for one (1) position for a steward at your worksite and will close Thursday, February 2, 2017. Stewards are the primary representatives of members and have an important role within the Union. All stewards are provided three (3) days paid training at the Union hall and receive support from their staff representative to fulfill their duties. Some of the roles of a stew...
READ MORE

Employer agrees to pay thousands in overdue vacation pay   After months of pressure from the BC Government and Service Employees’ Union (BCGEU), management at Hard Rock and River Rock Casinos in the Lower Mainland have agreed to pay workers the money they are owed in earned vacation not taken. “It’s truly a Christmas miracle that we’ve managed to get this employer to agree to do the right th...
READ MORE

A Big Thank You to Hard Rock Casino Members!

Your Bargaining Committee, as well as staff from the BCGEU would like to thank all those members who braved the cold and ice, and came out our RV visit on December 16th  to learn about their employment standards rights regarding pay stubs.  Turnout was so impressive, that it was standing room only in the RV for a good portion of the day! To learn more about your employment standards rights, s...
READ MORE

As part of our ongoing support of the Free Them Now campaign to support jailed Iranian trade union members, the BCGEU Provincial Executive recorded a message of solidarity that was sent directly to jailed activists. The campaign received messages of solidarity from many unions around the world, and they have been compiled into a video. Watch the full video below.
READ MORE

Today we recognize International Human Rights Day.  Every December 10th since 1948, people have stood in solidarity against human rights violations in all forms. In Canada we are fortunate to be living in a country where we have a legislated Human Rights Code and a Charter of Rights and Freedoms which is built into our constitution.  Much of the world sees us as a country that defends human r...
READ MORE

It’s hard to believe, but 27 years have passed since 14 young women were slain at the École Polytechnique, an event also known as the Montreal Massacre. It remains one of the darkest days in our nation’s history. In 1991, the Parliament of Canada established December 6, the anniversary of the devastating event, the National Day of Remembrance and Action on Violence against Women in Canada. Eac...
READ MORE

To:      All BCGEU Members at Hard Rock Casino Re:      Holiday Season RV Visit/Bargaining Set To Begin     With winter almost upon us, and the holiday season soon set to begin, the BCGEU RV will be making a special visit to the Motion Canada parking lot, located next to Hard Rock Casino, on Friday, December 16th, between the hours of 10am and 6pm. Come join us for some complimentary food, ...
READ MORE

Today we are proud to recognize the United Nations' International Day of Persons with Disabilities.    This day was created to bring awareness and understanding and to take action to further the rights of persons with disabilities both legally and in society.  Even though we have a come a long way in Canada there remains much more to do to achieve the equity in our society.  The United Nat...
READ MORE