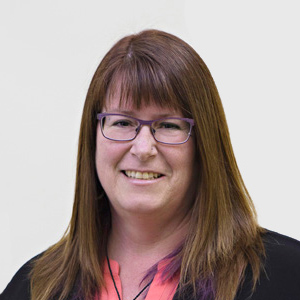 A passionately committed early childhood educator by profession and fierce social justice advocate by nature, Stephanie Smith became the first woman elected president of the BC General Employees’ Union—as well as the union’s first president from a sector outside of direct government—in 2014. Stephanie was acclaimed to a second term in 2017 and acclaimed again to a third term at the BCGEU’s COVID-delayed virtual convention in 2021.

Before being elected president, Stephanie spent more than a decade serving in other elected positions in the BCGEU from steward to bargaining committee chair, to local and component executive, to two terms on provincial executive—the union’s governing body between conventions—and one term as Treasurer.

Stephanie’s election, and re-election, as president is the culmination of her decades of frontline activism in the childcare and community social services sector, as well as her visionary leadership in the labour and social justice movements on issues like expanding workers’ rights and promoting unionization, equity, and inclusion in all worksites and all communities.

From the start of her activist career in the 1980s as a newly-graduated Early Childhood Educator in New Zealand, to her third term as president of one of BC’s largest unions, Stephanie has earned a reputation as a powerful voice for working people in the media as well as on government task forces, committees, and working groups. Her goal has always been to create a safe, healthy, and prosperous society the reflects the values of working people: dignity, respect, and opportunity; equity, inclusion, and justice; hope, diversity, and security.

Stephanie is a proud mom of two adult children and a grateful settler on the unceded and stolen territory of the Musqueam Nation in what is now known as Richmond, BC. 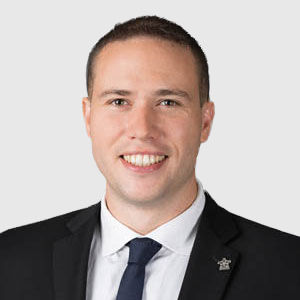 Paul Finch was first elected treasurer of the BC General Employees’ Union (BCGEU) at the union’s convention in May 2014, and subsequently re-elected to his second and third terms in 2017 and 2021. The BCGEU is one of the largest and most diverse unions in British Columbia, representing over 83,000 members.

Since being elected to his current office in 2014, Paul has led efforts to create a more transparent and modernized union, introducing internal audit, procurement management and capital stewardship programs, creating the existing framework for managing the unions investments, and significantly expanding the annual budgeting process. He also spearheaded the creation of the union’s pattern language project, creating best-in-class contract language across multiple sectors and certifications. Externally, he has taken the lead on numerous campaigns and initiatives, including the union’s Affordable BC housing campaign and its new building project in Burnaby.

Paul is a past Chair of the BC Target Benefit Board of Trustees, and since 2014 has served as a trustee for the Public Service Pension Plan, and is the Plan Member Partner representative for the BCGEU under the provisions of the joint trust agreement. He currently serves on the BC Investment Management Corporation Board of Directors, a position he has held since 2019. He also serves on the National Executive Board of BCGEU’s National Union, NUPGE, as well as the Executive Council of the BC Federation of Labour. He is a founding member and serves on the board of the Canadian Capital Stewardship Network, and is a past board member of the BC Chapter of the Canadian Centre for Policy Alternatives, and Constellation Media Society.

Prior to joining the BCGEU, Paul was Speaker of Council and Finance Executive of the Camosun College Student Society, and helped lead provincial and national coalitions to democratize the student movement. During his time as a student movement leader, he was involved in organizing city-wide wildcat sympathy strikes across Victoria in support of hospital workers in 2004, and teachers in 2005.

Paul left college to become a BCGEU member, working as an auxiliary mail clerk at the BC Ministry of Health and serving as a shop steward and officer on his local executive. He subsequently enjoyed a career in the civil service, working in information technology at PharmaNet, and eventually as a real estate project administrator and finally an IT project analyst in the Ministry of Citizens’ Services. After being elected Executive Vice President of the union at its 2011 convention, Paul chaired the union’s International Solidarity, Young Workers, Constitution and Structure, Strike Pay, Local Election and Convention Review committees.

Paul is diagnosed with autism spectrum disorder, and occasionally speaks on the challenges faced by those like himself on the spectrum. He currently serves on the board of Autism Canada. He maintains an avid interest in geopolitics, urban land economics, pensions, labour history and Neoplatonism. He has spoken broadly about the underpinnings of the BC affordable housing crisis, and teaches courses on labour economics for other labour unions. He has spoken internationally on labour struggle, economics and capital stewardship.

JOINING A UNION HAS A LOT OF ADVANTAGES.

Contact us and ask to speak with an organizer:

BCGEU Elections - how to vote

The BCGEU is one of the largest and most diverse unions in British Columbia with over 85,000 members in 550 bargaining units in the public and private sector.

We trace our beginnings back to the early 1900s when provincial government employees formed an association to address their working conditions. Since then, our union has organized thousands of workers outside the government service. We’re continuing to grow.

About a third of the BCGEU’s membership works in the direct government service. Their jobs include protecting children, providing financial assistance to the poor, protecting the environment and managing our natural resources, caring for the mentally ill in institutions, staffing provincial correctional facilities, fighting forest fires and providing the government's technical and clerical services.

BCGEU offices are open to members by appointment only. Please call or email your office if you have any questions or to make an appointment.

BCGEU has 12 other offices throughout British Columbia to assist you.

Joining a union has a lot of advantages. Interested in joining the BCGEU? Click here to learn more and to talk to an organizer.